Airing in the Canadian market in the fall of 2021 was Travel Oregon’s latest edition of their Oregon Slightly Exaggerated short film series set to inspire Canadians to return to Oregon.  Wanting to ensure success our team set up a “behind the scenes” media engagement at the Shangri – La Hotel’s Blue Moon theatre where guests were shared a sneak peak of the short film animation and were introduced to the people and places waiting to welcome British Columbian’s back. This included Camp Yoshi’s Shequeita Frazier who shared her own personal stories of the experiences they offer.  Camp Yoshi focuses on reconnecting with nature via guided multi day adventures for Black folks and their allies enjoying chef prepared meals while doing so. The mini matinee was followed by an Oregon inspired dinner.  Each attendee won their very own press visit to one of Oregon’s seven regions. 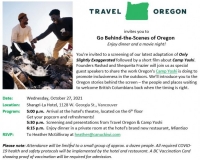 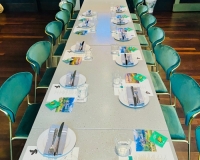 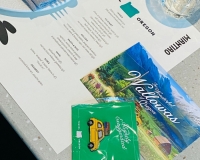 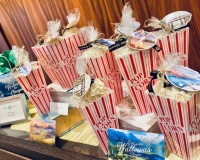 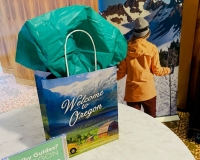 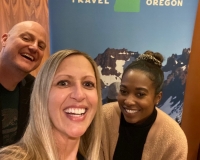